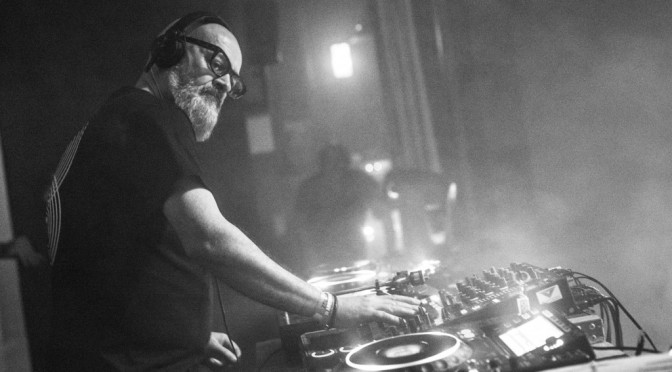 The very mention of the word ‘Hacienda’ conjures up images of maverick, heady, acid house and rave anthems and sweaty, drug-fuelled hedonism, the likes of which spawned a seismic musical and cultural shift in the UK, backed by the likes of New Order and Factory Records.

For those who weren’t lucky enough to ever find ourselves in the Manchester club, which endured for a fifteen year period from 1982-1997, what we are left with is the music; music that to this day endures.

In a welcome celebration of the legendary club’s impact on the British cultural and musical landscape, veteran house DJ’s and regular visitors to the former venue, Graeme Park and Mike Pickering (also of M People fame), spoke to us about their new venture, ‘Hacienda Classical’.

In conjunction with the Manchester Camerata experimental orchestra, and made possible by famed composer/arranger Tim Cooks, ‘Hacienda Classical’ offers a unique take on the ‘Madchester’ spirit and vibe, bringing together two polar opposite worlds in classical music and acid house in a joyous celebration that represents more than a thoroughly fitting homage to the venue.

After the curtain came down on two opening nights in Manchester, alongside a celebrated night at London’s iconic Royal Albert Hall, the 22nd of April will see Glasgow graced with the presence of Park and Pickering, both living legends of the ‘Madchester’ scene; a date that they cannot wait to appear on their horizon.

“I feel quite good about it as the first two were very nerve racking. With Manchester being haciendas home we were very very nervous about it. The Royal Albert Hall. That was just the most amazing thing I’ve ever done in my life. It exceeded our expectations immensely,” says Graeme.

Before Mike adds, “The response has been pretty incredible. The first show took us by surprise a bit. It was very raucous, like a celebration really. We are on a role now. “

Musically the event is an extremely audacious one; one which combines not only two totally different styles of music, but also two different concepts and methodologies as to preparing and performing.

That said, both Graeme and Mike were in no doubt as to the project’s success, especially considering the enthusiasm that the orchestra have shown in working with them.

“The orchestra just get on with it and everyone else, me, Mike, Peter Hook and Rowetta (Satchell) very so relaxed. We knew it was going to work and we knew what worked and what didn’t work,” says Graeme.

“It was the hardest thing I’ve ever done. We first of all had to choose the songs then make a score out the DJ mix then we had to produce a lot of the electronic elements, the stuff the orchestra can’t do, then of course we had to work out how you get the orchestra to play along to an electronic backing track, and how of course you do ‘Blue Monday’ with an orchestra.”

“I can’t praise the Manchester Camerata enough, at no point has anyone said this is bollocks. You’ve got young women playing violins right through to older men playing bassoons and older than me and they are all loving it, they’ve all got massive smiles on their faces.”

And, according to both Graeme and Mike, the decision to create the event was born out of the strength of the Hacienda brand, and the continued symbolism and iconic status afforded to a movement that has survived the closure of the venue itself nearly 20 years ago.

“Its just a nice idea, people who went to the Hacienda are now in their 40s, so this is a cool kind of way to celebrate that. There’s only so many times you can do a pill and stand in a sweatbox, you know, people move on, so this just seems a very nice thing to do,” confirms Mike.

“We still do club nights and one thing we have noticed in the past three years, the crowds re getting younger. It has such a heritage and history. That a lot of people who are too young to have gone to the Hacienda they want to experience it for themselves,” says Graeme.

“Someone said to me and said, ‘What about doing a classical concert?’ and everyone said ‘What a fucking great idea’.  One of the reasons that we came up with the idea is that Hacienda has always been at the front of club culture. It was the first club to play acid house and it was kind of the roots of the British dance explosion.”

Asked what the people of Glasgow, and Scotland, can expect from the event, both are certainly hopeful that it will be an event that will live long in the memory, especially from Aberdeen native Graeme.

“As someone who is from Scotland I am particularly excited about playing at the Hydro. You always get a good response from Scottish crowds and particularly Glasgow crowds. A Scottish crowd is hard to beat on an enthusiastic front. And I have my mum and dad coming to it.

“They can expect an amazing atmosphere and expect to be surrounded by people with massive grins on their faces and you can expect to be taken on a journey through house that is like no journey you have ever taken before. When u hear a massive string section playing the bass bottom end of Robert Owen’s “I’ll Be Your Friend’ it’s just hairs on the back of your neck stuff.”

Before Mike concludes, “It’s a euphoric celebration. That’s the best way to put it. From the first notes people are up and just loving it.  I’d be surprised knowing Glasgow and knowing Scotland if there’s many people sat down from beginning to end. I’d be very disappointed if they are.”